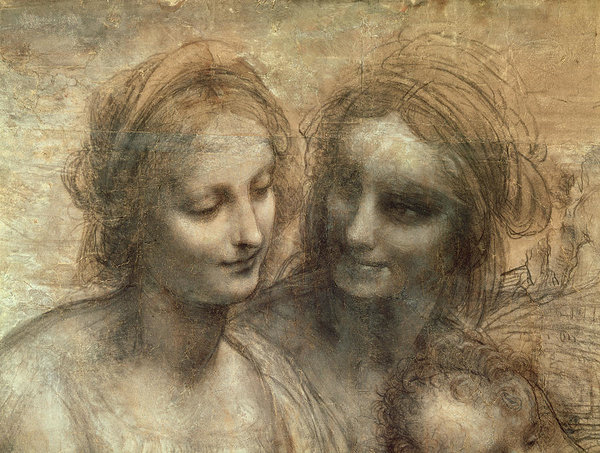 Da Vinci states how important it is for beginning artists to have a firm grasp of perspective. Reason being so that you can give ‘every object its proper dimensions’. Perspective is an easy thing to learn as it is made up of clear principles. I highly recommend the book Perspective Made Easy by Ernest R. Norling.

Da Vinci does not get into specific ‘lessons on perspective’. Rather he simply states its importance. Thus, it leaves the student to acquire the knowledge where it can be found. The principles taught books on perspective today are absolutely the same as what they were in Da Vinci’s time.

Use a Plummet or plumline

Da Vinci urges that it is important to ‘accustom yourself to hold a plumb line in your hand, that you may be the judge of the bearing of the parts.’ For those who do not know what a plum line is, it is simply a weight attached to a string. You use the string to measure different parts to one another so that you can create an accurate drawing. It is quite impossible to draw what you see accurately without using some tools. Tools help you to judge what you see without bias.

Study in the dark, when first waking up in the morning and before going to sleep

I do not think I have ever heard or studied about someone suggesting to ‘draw’ in the dark. What Leonardo da Vinci suggests for others to do is not to literally draw in the dark. Rather, retrace in your mind the outlines of the forms you previously studied. Particularly, focus on that which is most difficult to comprehend and retain. When doing this, you will retain the lines and drawings in your memory. Da Vinci shares that he experienced no small benefit when going through this exercise. This sounds intense, no wonder he was such an extraordinary draftsman… Though, after seeing his beautiful drawings I think you will also want to undergo this exercise.

How to remember the form of someones face

Da vinci states that if you want to be able to be fluent in drawing someones portrait from memory you must first learn to draw well noses, mouths, necks, throats, shoulders etc. Learn all the principal parts that distinguish one man from another. Leonardo da Vinci talks about how there are 10 different types: “straight, bunched, concave, some raised above, some below the middle, aquiline, flat, round and sharp. These are all just different noses for the profile view. According to da Vinci there are eleven different types of noses from a front view of a portrait. These are even, thick in the middle, thin in the middle, thick at the tip, thin at the beginning, thin at the tip, and thick at the beginning, broad, narrow, high , and low nostrils. Some have a large opening while others shut more towards the tip.”

You will find the same amount of variety in all other parts of the face. Observe and study all these different facial forms from observation. Da vinci suggests that you take with you a pocket sketchbook wherever you go. When you see someone with a particular feature that is very different from what you have seen before step aside and make a note of it in your note book. Over time, you will get a grasp of different types of faces and their variations.

“Take pleasure in the opinion of everybody”

Da Vinci puts it well ‘a painter ought not certainly to refuse listening to the opinion of anyone’. Even if someone is not a painter they will in all likelihood have a good feeling for the ‘proper proportions’ of what you are working on. An important aspect of learning anything, especially drawing, is being open to criticism. Be open to getting feedback from others. Do not ever let pride get in the way of your learning.